I was delighted to come across this essay by Nick Ripatrazone in which he says that Pynchon is ‘difficult, dated, and frustrating’, with sentences that ‘are labyrinthine and recursive: full of noise. As his sentences become paragraphs, and his paragraphs span pages, the novel becomes a whirlwind of paranoia; a test of a reader’s endurance and patience.’

Having been eager to read The Crying of Lot 49 based on McHale’s critique of the book, I had nearly wept with frustration when I had to put it away, right next to Ulysses on a shelf of books that I mean to return to, someday. 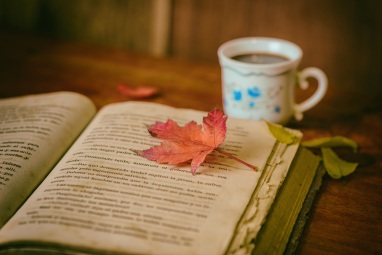 ‘The Crying of Lot 49 makes students consider what happens when a work of art might not have any traditional secrets to reveal’, says Ripatrazone, adding that ‘Pynchon’s fiction is like a literary workout that forces them to build from the ground up as readers. When students read easier works of literature, they might become deluded into thinking that all language is employed in the service of clear communication. Pynchon’s paradoxes make them return to other, non-literary texts with a bit more skepticism and independent thinking.’

Yet another book on that shelf is the verse novel The Distance Between Us. As I look at the shelf, a pattern begins to emerge. Art created for its own sake, that rejoices in itself and somehow remains at a distance from the reader.