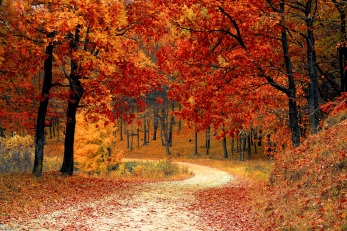 Recently I found myself explaining the meaning of the word crore (Indian term for ten million) more than once in course of conversation, which reminded me of a classic Tamil poem from primary-school days by the poet Avvaiyar whose quote:
‘What we have learned is as much as a handful of earth
What we are yet to learn is as much as the entire world‘
is exhibited at NASA.

Avvaiyar was an enigmatic poet who is said to have lived a thousand, two thousand, or three thousand years ago, no one knows for sure. Very little is known about her, including her real name. Like the name Lao-Tse (who is alleged to be an ancient Tamil mystic) implies ‘Old Master’, Avvai in Tamil is a generic term for a woman with the suffix ‘yar’ indicating respect. She is believed to have been a wandering minstrel who travelled by foot through the realms of the Tamil Kings of yore and blessed, praised, counselled, and even saved them through her writing and advice. What has survived of Avvaiyar is her poetry, among the most famous of it being a set of alphabetical aphorisms for young children that impart moral lessons through terse phrases. And some interesting stories about her trysts with the Kings of the age, fellow poets and citizens, all of whom celebrated her erudition and wisdom.

One of these stories is about a competition in which all the poets of the land were called forth to submit four crores of poems. As an impoverished poet who was desperate to win the prize struggled to write as many poems, it is said that Avvaiyar composed these stanzas in a few moments and gave it to him. I have attempted to translate from the Tamil but the beauty of the original verse remains elusive, as do the rhythm of the words and the way they blend together to create meaning at multiple levels.

To expend a crore, and more
to be in the company of
those who are noble-born
Now that is worth a crore

Even when offered crores,
To sway from the truth –
To stand firm by your word
Now that is worth a crore