Pure fiction (as against formulaic genre writing) is a many-dimensional mirror. In its quest to reveal some aspect of the truth, it also gives glimpses into the writer’s worldview and ideology, their backgrounds, writerly influences, their vision and sometimes into their very soul. As fragile as they are, writers are also brave enough to share their work which reflects them to a great extent. A poet friend once told me many years ago, that she was apprehensive of sharing her poems with her family, lest they read her through the lines. In this context, writers like Alexander McCall Smith, RK Narayan and Eva Ibbotson to name just a few come across as not only good writers but good human beings for their work exudes the human values of kindness, hope, a vision of human nature as being the same everywhere around the world and a tendency to look for the good in everyone and everything. A radiance of positivity pervades their books, which uplifts the reader. 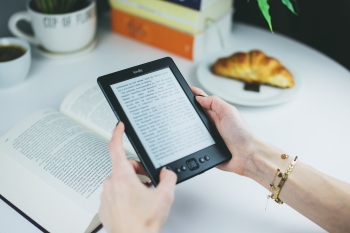 Sometimes I have wondered if the opposite were true. Is it the negativity within the writers themselves that leads them to portray the bullies, bastards and bitches of literary fiction? One often comes across criticism on Nabokov for his portrayal of Humbert Humbert. But as charming as the prose was and as much as it seduced the reader, Lolita was also a meditation on morality, seen through the distorted lens of an unreliable narrator. Nabokov makes it clear that he has no sympathy for HH, whose remorse leads to an attempt at redemption that is far from achieved. Likewise in the novels of Agatha Christie, which are studies in human character, and all of which converge to the defeat of evil and the prevalence of hope for the conventionally good characters. Selfishness, pride, envy, lust, greed and a host of negative emotions have been explored in several major novels like The Magus, The Secret History and Gone Girl, again to name just a few, but the moral voice of the writer comes through implying that they are aware of their character’s fallibilities and do not condone them. Even Katherine Dunne’s brilliant Geek Love with its dark premise and darker characters was at its core a story about family dynamics and filial love.

I was acquainted with a woman since the past few months who writes dark fiction, stories in which the narrative voice seems to endorse the criminal characters, making heroes out of them. She has grown more and more unlikeable since I first met her at an informal writing group which convenes in a little cafe on the weekends. Her face grows openly dark with displeasure when someone else is commended for their work. She hides her successes from those she considers competitors, fearful lest someone else may get something better than what she has, and is quick to make patronising remarks putting down others, sounding as though she were ill-wishing them. Calculative in every conversation, always trying to judge, assess, hit back when there is no need for animosity. I’m very ambitious, she said to me once with an expression similar to the doll in Child’s Play, that it appeared that she would not hesitate to incite someone to crime if it were to profit her in some way. She reminded me of a schoolmate K who at the age of twelve was deliberately mean and spiteful to those of us who got full marks in everything. But such negativity that people try on spew on others only goes back to the senders, three times over.

In academics as much as in creativity, a competitive spirit will hamper the end result while also stunting the soul. Just as a student’s goal should be to comprehend their lessons and score the maximum marks that can be scored without an unhealthy desire to get ahead of everyone else, every writer should know that all writers walk their own individual paths, at their own pace. The world needs all the good books that it can get, and there is always a way for any writer to self-actualise themselves in whatever way they wish to, without having to compare themselves with others and running imaginary races. As a teacher once mentioned in a theatre workshop, competition vanishes in the face of excellence.