Watched an enjoyable performance of the play Club Asylum by John Retallack on Sunday evening. The energy of the actors was incredible as they read from the script, bringing out various emotions of refugees who are bound for Glasgow, or are living there. The effect of chorus in dramatic dialogue which Retallack taught us the previous day, came through wonderfully in the play. The success of the presentation was a testimony to the strength of the script and the talent of the four actors considering that they had rehearsed for only an hour before the performance. 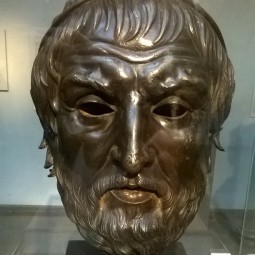 When compared to the musical London Road by Alecky Blythe that we read and enacted a few scenes from last year, the effect of chorus in drama came out clearly through the play. London Road is an experimental musical drama based on the Ipswich serial murders, with dialogue reproduced verbatim from actual interviews. The chorus scene in which the residents discussed the murders and how it affected them (‘Could have been next door to you!…/They must have sleepless nights / I know I do’) brought out emotions of anxiety and fear among the readers – our voices dropped almost automatically to a worried muttering as we read together from the script.

Whereas in Club Asylum, which was not a reading but an actual performance by professional actors, the chorus was loud and vibrant.  The actors’ voices rose naturally at points like (‘I hate my foreign name / I hate my foreign face / I hate my stupid english / I hate to have to live in this … scottish place’) expressing the resentment, frustration, pain and helplessness of the refugees. It was poignant and painful, and thought-provoking.

A single note jarred for me, though: when the chorus spoke of ‘refugees from India’. Refugees and from India? Throughout history, India has only given asylum to people from around the world, having been the most inclusive of all societies which has taken in people who wanted to stay and for a long period of its history welcomed every foreigner according to tradition as an honoured guest and a trusted friend (the repercussions of which are a different story). There are no refugees from India, except perhaps the absconding Indian business tycoons hiding in London who aren’t refugees in the sense of the word as it was used in the play. Reminded me for no reason of a recent conversation with a colleague in my day job – we spoke of how highly educated young men and women now choose to live in India rather than migrate abroad as now India has everything, including the facilities of any developed country.

I suppose that is the effect of all great drama, as all great art, which makes one think at both personal and universal levels about the thoughts and themes presented through its words.