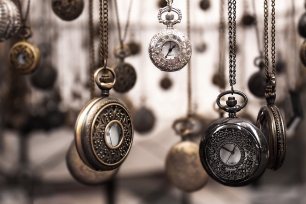 This is one of those long poems that compel the reader to stay on the page, from the first line to the thousandth, in a whirlwind journey through images of time as it has evolved through a millennium. The poem starts by introducing a freak monkey shaped life-form that has evolved from technology and has a voracious appetite for the news. From there, it turns a panoramic eye on the world as it stood at the end of the twentieth century, making observations on political conditions, war and peace, consumerist culture, the environment and humanity, exploring the nature of time and the meaning of truth through current events of the period as well the many dimensions of civilisation.

Time is explored through metaphors, such as a reality show trying to recreate how civilisation adapted and evolved, two boys who distribute flowers in their school (a chilling reference to the Columbine high school shootings) and two men observing the world below from a hot air balloon. Universal truths come through from between the sharp images and the intrinsic rhymes, of how water holds memory that can restore history and conjure up ‘whatever is unseen and unsung (Killing Time, 31)’. Also how one day to the Universal Spirit is as thousand years, and thousand years as one day. And how while millions partied in a frenzy on the millennium’s eve, a million people and more kept away with the awareness that this was but a fictional time and date far removed from the world’s real pulse.

Sixteen years after it was written, ‘Killing Time’ remains more relevant than ever, in a world where everything has a price and few things have real value any more, where cameras and microphones work 24 x 7 in every nook and cranny manufacturing news, where time continues to build up thicker and faster than ever, and time or the memory of a richer time that is held between and invoked between the lines of poems such as these, seem to be the only time that really counts.

To buy The Reengineers:
Amazon.com
Amazon.in